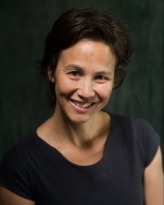 Professor of Social and Organisational Psychology.

Professor Ryan is the inaugral Director of the Global Institute of Women’s Leadership (GIWL) at The Australian National University (ANU). While she studied psychology at ANU at both an undergraduate and PhD level, she has spent the last 17 years in the UK.

Michelle Ryan is a Professor of Social and Organisational Psychology. She is involved in a number of research projects. She currently holds a European Research Council Consolidator Grant examining the way in which context and identity shape and constrain women's career choices (with Thekla Morgenroth, Chris Begeney, and Renata Bongiorno) .

With Alex Haslam, she uncovered the phenomenon of the glass cliff.  Since its discovery, the term ‘glass cliff’ has entered public discourse and the concept informs and shapes debate and the public understanding of women’s leadership positions. The media has embraced the notion of the glass cliff, incorporating it into analyses of women’s leadership positions. A Google news search for ‘glass cliff’ reveals over 160 news articles that refer to the term. A broader phrase search reveals nearly 25,000 hits which include blogs (e.g., the Wall Street Journal blog, July 2012), HR websites (e.g., Human Capital Online, Oct 2008), and online resources for female leaders (e.g., femalebreadwiinners.com). The UK media coverage has included all major British newspapers and television stations as well as local newspapers. The research has also been represented worldwide, from the Boston Globe to the Calcutta Times, from CNN to Australian radio. Importantly, while initial media coverage was restricted to reports directly about the research project itself, in more recent years this is no longer the case. The glass cliff is now frequently discussed with no reference to the research itself, but rather is now accepted as a common phrase that can be used to explain women’s leadership. Indicative of the glass cliff becoming a common phrase within public discourse, in 2011, of the nearly 1,600 web hits which included mention of the glass cliff, over 500 of them made no mention of the research or the researchers themselves.

The New York Times named the glass cliff as one of the Top 100 ideas that shaped 2008. Click here for a brief video introduction.

Michelle is involved in a number of research projects.

With Alex Haslam, she has uncovered the phenomenon of the glass cliff, whereby women (and members of other minority groups) are more likely to be placed in leadership positions which are risky or precarious. Research into the glass cliff was short listed for the Times Higher Education Supplement Research Project of the Year in 2005 and was named by the New York Timesas one of the ideas that shaped 2008.

THES Finalist (with Alex Haslam) - Research Project of the Year (2005)

You appear to be using Internet Explorer 7, or have compatibility view turned on. Your browser is not supported by ANU web styles.
» Learn how to fix this
» Ignore this warning in future