» News » Lula wins elections in Brazil: What does it mean for women in Brazil, Latin America and worldwide?

Lula wins elections in Brazil: What does it mean for women in Brazil, Latin America and worldwide? 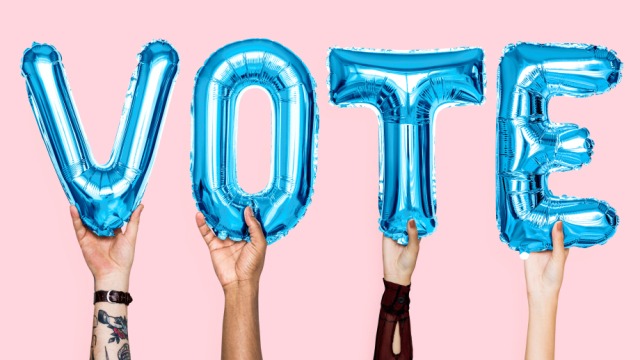 GIWL Visiting Fellow, Associate Professor Ligia Carolina Oliveira-Silva, writes about the recent Brazillian election. She asks: what does it mean for women in Brazil, Latin America, and worldwide?

On the 30th October 2022, Brazilians voted for the second round of presidential elections. The Workers' Party is now back and Lula will be our next president, for the third time. Unfortunately, the vote difference was not much more than 1%. Maybe the importance of these elections is not so clear to everybody who is not Brazilian. For us, it was the most important election so far. Considering that the personal is political and GIWL is global, it may be interesting to share a bit of a Brazilian view about it.

Lula was born in the same state I was born in - Pernambuco, in the Northeast - one of the poorest regions in Brazil. Back in his childhood, Lula almost starved to death, like many other northeasterners in Brazil. Lula has a long political trajectory, having started in the 60s as a union leader in ABC Paulista metallurgical industries, where he lost his little finger as a machinist at the age of 17. After having his brother enjailed and tortured because of Brazilian's military regime, Lula immersed himself in politics. He led a series of historic strikes, creating the Workers' Party in 1980, the strongest and biggest left-wing party in Brazil until these days. When he left his last term as president in 2010, he had an 87% approval rate. Right now, for half of Brazilians, Lula represents again the hope of having better life opportunities, just as when he governed during the 2000s. Many poor young people had the opportunity to go to University back then, for example. I could dream about having a career in academia and becoming the first person in my family to achieve a Ph.D. because of his massive investments in science, education and technology, as well as for granting us the scholarships we needed so much to survive.

The political became personal in many other situations from then on. I could see Dilma become the first ever president woman in Brazil, a result of Lula's political influence and mentoring. Dilma is a former student activist, which was persecuted and tortured during the Brazilian military regime from the 60s to the 80s. Despite her investments in advancing gender agenda, Dilma suffered considerable misogynistic backlash during her two terms, being deposed from the presidential position in a very controversial process which later on made her innocent of all charges.

When Bolsonaro won the elections in 2018, all people from the progressive field knew difficult times were coming and they really did. Because of Bolsonaro's misogynistic, homophobic, elitist and belligerent behavior, Brasil had several setbacks considering women's and minorities' rights. During the last four years, Bolsonaro's government starved many single, black mothers and their kids to death, especially during the pandemic. He mistreated female journalists on a daily basis and almost zeroed out the budget for combating domestic violence and femicide, besides delaying COVID vaccines on purpose because he didn't "believe" in their efficacy. Many of our friends and family died because of that. Deforestation in the Amazon achieved record indexes and indigenous people were persecuted and killed, as well as environmental activists. Not being enough, he also said that his last and fifth child, which is a girl, was the result of an occasion when he had "weakened"; that he would prefer to have a dead than a homosexual son; that women should earn less than men at the same job because of their maternity leave; and that having 2 women from 22 ministries was a "balanced proportion". Because of that and many other events, some political analysts claim that women's votes cost Bolsonaro his victory.

In that sense, the novelty regarding 2022 elections in Brazil is that, despite Bolsonarism's strength and systematic boycott on the gender agenda, there was a record in the number of women elected as representatives in both the Deputy's Chamber and the Senate. Brazil elected 39 black women, 5 indigenous, 71 brown and 184 white women, according to their self-declaration. In 2022, female representation in the Chamber increased, from 77 to 91 (18.2% more women), but this represents only 17,7% of all members. In the Senate, there was a drop from 11 to 10 elected senators. Regarding governors, the number has doubled but still nothing to be very excited about: we had one single governor and now we have 2. However, when analyzing the number of women candidates, 34% were women, a number that is above the party quota (30%). Considering all positions (Chamber of Deputies, Senate, Legislative Assemblies and state governments), Brazilians elected  302 women, against 1,394 men. Therefore, although there is some advancement, we are still a bit far away from achieving parity as we elect around 5 times more men than women. Issues such as political gender violence and gender discrimination in all political parties may help to understand why these numbers are growing in such slow motion.

However, there are many other achievements to be celebrated. Gender issues have been discussed in 2022 elections like never before in Brazil and the votes of Brazilian women - which represent 52,65% of total voters - have been targeted by all candidates. Thanks to that, Lula has also widened his proposals for Brazilian women. So far, he has promised to re-create the Ministry of Women and Gender Equity (which was merged into the Ministry of Women, Family and Human Rights by Bolsonaro) and nominate women to positions they never occupied, such as the Ministry of Foreign Affairs. Unfortunately, Lula is still vague when it comes to topics such as decriminalizing abortion - a huge taboo in Brazil that remains deeply forbidden, being legally allowed (which doesn't necessarily mean easy or judgment-free) only in cases of rape or fetus malformation. Additionally, pro-women and feminist movements are pressuring him for nominating 50% of women to Ministries - which he has not yet confirmed.

Lula also promised to improve policies for fighting police violence against black women, black youth, traditional people and African-rooted communities. He is supposed to include actions to care for victims and prioritize prevention, investigation and prosecution of crimes and violence against women. In terms of the economy, Lula referred to women during his campaign as those most affected by the economic crisis, especially debt. He stated that almost 70% of Brazilian families in debt, being the vast majority of them led by single-parent black women. Lula also promised to create the Integrated Care Policy, expanding services network such as daycare centers, senior centers and comprehensive education, aiming to socially distribute care tasks. Lula Lula has also mentioned the LGBTQIA+ population in his government plan, emphasizing the right to health and the fight against homophobia and transphobia.

Despite some of these proposals seem somehow basic, Lula's victory represents, in Brazil and Latin America, the victory of women, black people, LGBT+, indigenous and poor people, which are the majority of his electorate and who he stands for. As the larger and most influential country in Latin America, eyes around the whole world are on Brazil from now on. For those who stand for women's and other minoritized groups' rights, we hope that Brazil's progressive winds perdure and arrive in the most places possible. After four years of setbacks, gender issues in Brazil are on the table again, and we should be proud of ourselves for that. We have been resilient, strong, active and determined to overcome inequities, and now we have some more breath to keep on doing so.

Read more about the Brazilian elections:

You appear to be using Internet Explorer 7, or have compatibility view turned on. Your browser is not supported by ANU web styles.
» Learn how to fix this
» Ignore this warning in future